Of course, we have also all been on an airplane or a long car ride or simply stuck in the house on a rainy day or with a sick child; and then comes the dreaded screen time we worry is rotting our children’s brains.

A recent study actually looked at children’s brain activity to determine the difference between reading, listening, and watching a story. The study revealed just why reading aloud to children is so important and why screen time isn’t always ideal.

The study authored by Dr. John Hutton and reported on by NPR identified a “Goldilocks effect” in storytelling for children.

When listening to audio with no accompanying images, children tended to strain to understand what they heard.

Somewhat surprisingly, children’s comprehension was lowest when they watched an animation of a story. The researchers detected activity in both the audio and visual perception networks in the brain, but there was little connectivity occurring. In fact, according to Hutton, the language centers in the brain were struggling to keep pace with the visual centers.

While the children in the study were shown still illustrations with audio—rather than only audio or a moving animation—there was more connectivity among various parts of the brain, including visual, imagery, language, and default mode. 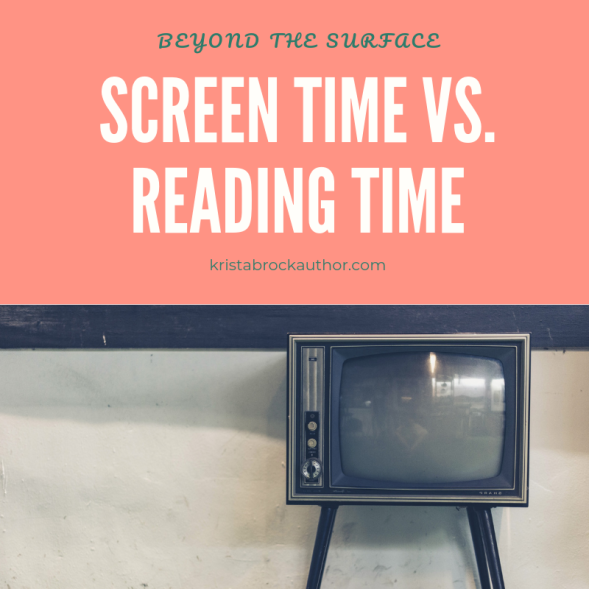 “For 3- to 5-year-olds, the imagery and default mode networks mature late, and take practice to integrate with the rest of the brain,” Hutton said, according to NPR. “With animation you may be missing an opportunity to develop them.”

The more children are exposed to picture books, they more practice they have in connecting words and images and “bringing images to life in their minds.”

“Overwhelmed by the demands of processing language, without enough practice, they may also be less skilled at forming mental pictures based on what they read, much less reflecting on the content of the story,” according to NPR.

Instead, NPR suggested, “when parents do turn to electronic devices for young children, they should gravitate toward the most stripped-down version of a narrated, illustrated ebook, as opposed to either audio-only or animation.”

So for those moments, when you need to rely on some screen time, here are a few “stripped-down” versions you can find on YouTube:

This channel has several read-aloud videos of popular children’s books. She reads the book, and the pages of the book are displayed in full spreads on the screen. There are no moving images.

Ms. Becky starts each video sitting in a chair with a stuffed bear. She offers a little conversational intro to the book and then begins to read. The screen displays the pages of the book, and a small video image of Ms. Becky reading in the corner. At the end the video goes back to Ms. Becky for a short reflection about the story.

This wonderful channel was created by the SAG-AFTRA Foundation, which has a literacy website called Storyline Online. The channel is full of videos of celebrities reading children’s books. While young children may not be familiar with all the famous names and faces, these award-winning actors are naturally great storytellers, reading expressively and putting on fun character voices. The screen alternates between showing the reader reading the book and images from the book that are enhanced with slight animation. At the end the reader talks to us about why he or she chose the particular book and usually reflects on the message the book delivers.

2 thoughts on “Screen Time vs. Reading Time and What Type of Screen Time Is Best for Kids”