When we moved to Barcelona, we didn’t just have kids; we had little kids—as in tears on the sidewalk, “carry-me-I’m-tired,” “can-we-go-home-now” little. After we arrived, everyone wanted to hear about our adventure and where to travel with kids in Europe. The truth is we were just trying to survive the walk to the grocery store with our small children who were used to riding in the car.

While I know we would never have ventured on a European vacation with our three- and four-year-old, I also know some of you parents out there are much braver than we. So for those of you who are ready to explore Barcelona with kids, here are a few of the gems where our kiddos smiled more than they whined. 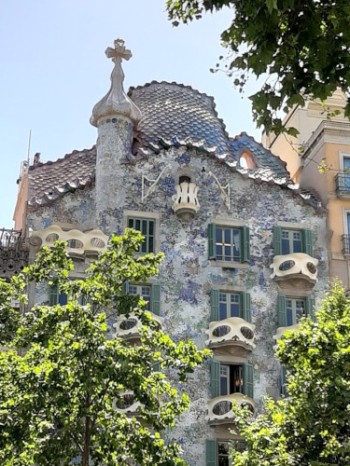 Casa Batllo, one of the “enchanted houses” – My four-year-old daughter was really fascinated by Casa Batllo, one of renowned modernist architect Antoni Gaudi’s masterpieces. Its cool blue tones and undulating lines are both calming and captivating. There’s really nothing like it. As a bonus, everyone gets a headset with a little mobile device that shows pictures of how some of the rooms looked when furnished as well as a few imaginative animations illustrating Gaudi’s inspirations for various parts of the home. There’s a little fireplace nook in the shape of a mushroom, and when you hold up your device, it shows a full mushroom against the wall that vanishes in a puff of smoke. My son couldn’t get enough of it. My daughter refers to all of the Gaudi-designed homes as the “enchanted houses,” and whenever we have visitors, she wants to take them to Casa Batllo. (None of our adult guests have been disappointed either.) Just as a warning though, it can get crowded, and there are some stairs to climb. 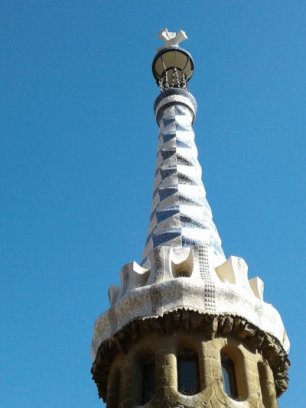 Park Guell, the “fancy park” – Park Guell is likely on everyone’s list of sites to see in Barcelona, and the good news is, kids will probably love it too. My daughter had discovered Disney’s Sofia the First around the time we moved here, and when we visited Park Guell, another Gaudi masterpiece, and one of the most well-known sites in Barcelona, she said it looked like Enchancia, the kingdom where Princess Sofia lives. After our first visit to the park, she generally referred to it as “the fancy park.” The beautiful mosaic structures and benches sparkling in the sunlight delight everyone, and there are also some nice paths for walking. Once the kids have had their fill of the mosaics (let’s be honest, they have most of the control here), there is more than one playground tucked into the sprawling park grounds. 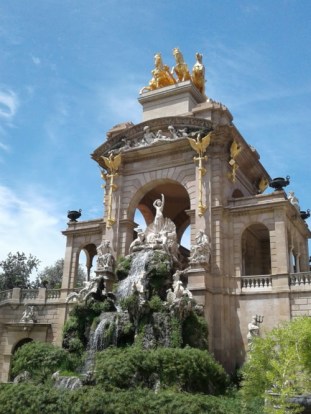 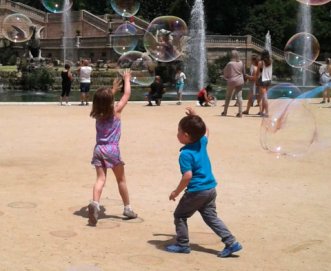 Parc de la Ciutadella, “the park with the big bubbles” – My kids call this park the “park with the big bubbles” because there is often, especially when it’s warm, someone near the monument making giant bubbles for the kids to chase. It’s more than just bubbles though. This historic park has plenty of shady spots in the grass, a pond where you can rent a little row boat, a playground, and a large beautiful monument. The Catalan parliament building is there on the grounds as is the Barcelona Zoo. There’s also a food stand with ice cream, drinks, and sandwiches, a great little lunch spot outdoors on a sunny day. 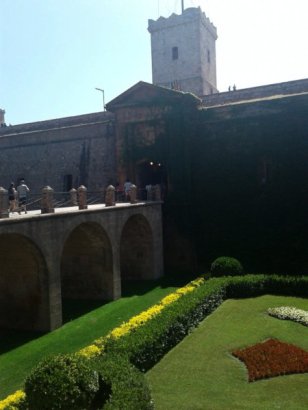 Montjuic, “the castle and the big slides” – To clarify, the “big slides” are near the castle, not part of it. Montjuic is a castle, or more of a fort really with a military history that my kids are too young to grasp or take an interest in. However, it was interesting enough for them to walk around for a bit. There’s nice views of the city from the top. And just like everywhere else in the city, there are playgrounds on the way up to it, including a little spot with two surprisingly steep slides. After working up their courage, my kids slid down those steep slippery slides more times than they could count (and we adults got to take in at least a little of the Catalan history in between). 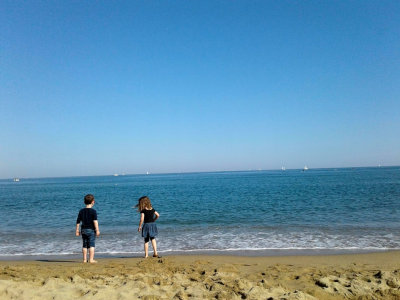 Castelldefels – Of course Barcelona is on the coast, and Barceloneta is the easiest beach to reach if you’re in town; but it’s also a bit of party beach and often crowded. If you have the time for a real beach day, we think Casteldefels is the best family beach in Barcelona–or near it. Casteldefels is just outside the hustle and bustle of Barcelona, but it’s an easy train ride from the city, and you’ll hop off the train right in front of the beach. You can enjoy the ocean with the mountains right behind you, and it’s a nice sandy beach for building sand castles and basking in the sun. 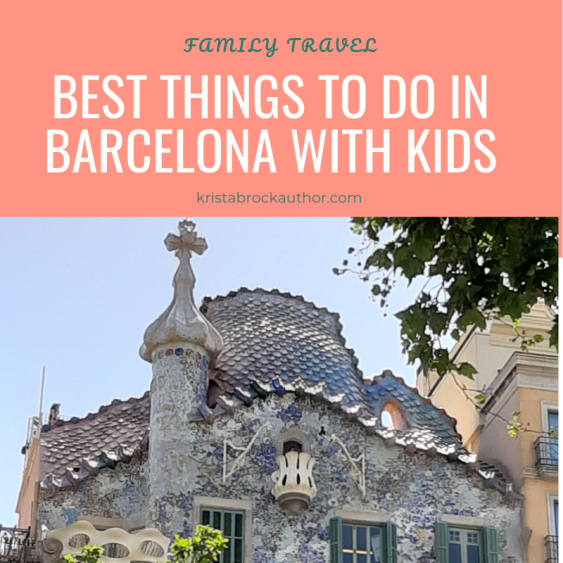